The Dwellers bounced back from a 5-0 defeat to Hekari United, who claimed the PNG minor premiership, to beat their local rivals 2-0 in the grand final two weeks ago.

Head coach Peter Gunemba says his aim is to help and develop local players from Papua New Guinea and believes they have what it takes to compete with the best from the Oceania region.

"If we can beat Hekari with players from Solomon, Vanuatu, Fiji and Papua New Guinea combined and we only have picked our players from Papua New Guinea - excluding one of our players from Solomon - I see that my boys can perform and that has given me quite a lot of confidence and I know that we can do better. I believe in my players, we are capable of playing but we have not been given an opportunity (at regional level) but this is an opportunity that we want to put forward and see if we can do better."

Lae City are in the same Champions League group as Amicale FC from Vanuatu, the Solomon Warriors and defending champions Auckland City from New Zealand. 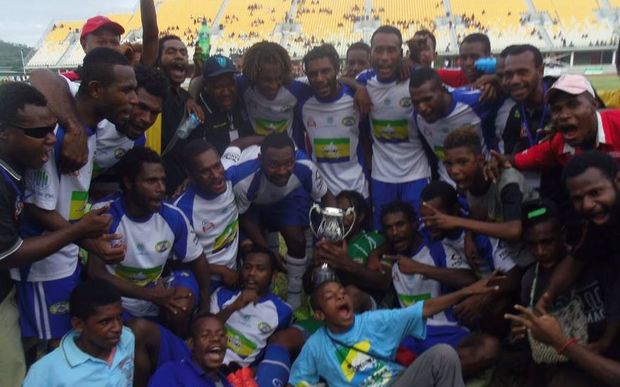