The lawyer representing the Marshall Islands in its international anti-nuclear case says this month's hearings have shone a light on the lack of formal talks on nuclear disarmament. 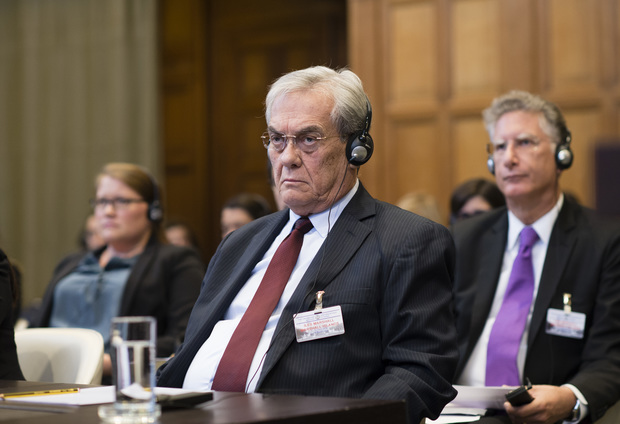 Sixteen judges of the International Court of Justice -- a United Nations body -- have heard preliminary arguments and are now deliberating on whether the cases against Pakistan, India and the United Kingdom should go ahead.

The Marshall Islands filed lawsuits at the court in The Hague, in The Netherlands, nearly two years ago against nine states including declared nuclear powers China, France, Russia, and the United States, as well as Israel and North Korea. Only Britain, India, and Pakistan made a commitment to respond to the suits.

In its case, the Marshall Islands, where the United States tested 67 nuclear weapons between 1946 and 1958, accused them of flagrant violation of international law for failing to pursue the negotiations required by the 1968 Nuclear Non-Proliferation Treaty, which pushes for nuclear disarmament.

In the cases against India and Pakistan, the court examined whether it was competent to hear the lawsuits.

The lawyer, Phon van den Biesen, said the countries said they did not have a dispute with the Marshall Islands, but said that they were living up to their obligations to negotiate and conclude talks on nuclear disarmament, something that the Marshall Islands disputes.

"These preliminary stages of the cases very much help in showing to the world that actually no negotiations towards that goal are taking place and that is a violation of international law," said Mr van den Biesen.

"At this point in time, nowhere on earth -- within the UN or outside the UN or nowhere in any official body -- any serious negotiations [taking] place on the nuclear weapons convention. That has been so basically since the beginning of the non-proliferation treaty," he said.

In court, India argued that it was living up to its obligations, and had a record within the UN in favour of nuclear disarmament and negotiations. 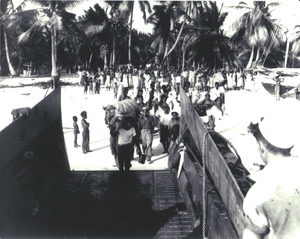 However, Mr van den Biesen said Britain, which had argued the same, had "the exact opposite" record at the United Nations.

The Marshall Islands is pursuing a separate case against the United States, which only recognises the International Court of Justice on a case-by-case basis, but that case hit a stumbling block last year when it was thrown out by the Federal District Court in San Francisco. An appeal is underway.

But many activists and academics believe getting the three larger nations into court is a victory in itself for the Marshall Islands which is home to just 50,000 people.

"I think the great advantage with these hearings," said Mr van den Biesen, "is that the issue of negotiating nuclear disarmament has received broad attention again."