A West Papuan diplomat has emerged as a contender to be the next head of PT Freeport Indonesia, which operates a major gold and copper mine in Papua province. 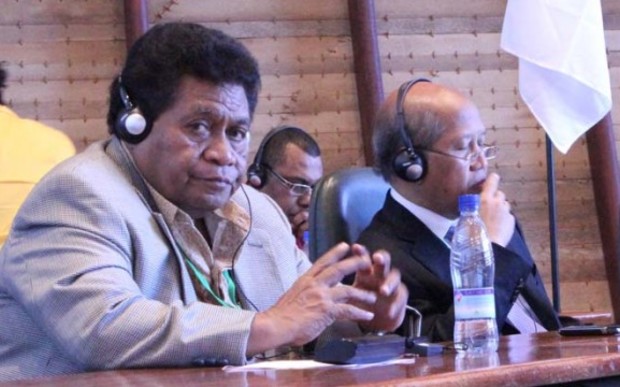 The company's CEO, Maroef Syamsoeding, resigned last month, and Tabloid Jubi reports that calls are growing for the vacancy to be filled by a Papuan.

Michael Manufandu, who is a former mayor of Jayapura, has until recently been Indonesia's ambassador in Colombia.

He told Tabloid Jubi that if nominated by Jakarta he is ready to become CEO of PT Freeport, whose parent company is American.

Because of its massive Papua mining complex, Freeport has been the largest single source of corporate tax for the Indonesian state for years.

Mr Manufandu said he has the attributes which the job require, including high level managerial abilities, as well as extensive knowledge of the economy.

He has also represented Indonesia at meetings of the Melanesian Spearhead Group, of which the country is now an associate member.

Mr Manufandu is not considered to be supportive of West Papuan pro-independence efforts.

Papuan push for participation in Freeport

A rector at Papua's Cenderawasih University, Dr Onesimus Sahuleka said it was time for Freeport to give credence to indigenous Papuans by having one selected as the CEO of the company.

He's the latest of a series of Papuans to call for more involvement of the indigenous people in the management of Freeport's local operations as well as a greater share of the benefits.

This comes amid protracted negotiations between Jakarta and Freeport over the renewal of its contract to operate in Papua beyond 2021.

Despite the huge revenues generated by the mine complex in their province, Papuans have largely been ignored by the negotiations.

The Papua provincial governor, Lukas Enembe has indicated his administration would push to get a ten percent stake in PT Freeport Indonesia.