Indonesia's government is unhappy with the price on offer for shares in Freeport Indonesia, which operates a massive mine complex in Papua. 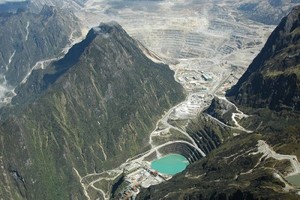 Under divestment rules, Freeport is required to sell a 10.64 percent stake of the Grasberg copper and gold complex to the government as part of the company's process to secure an extension to operate in Papua beyond 2021.

Freeport, whose parent company is US-based Freeport-McMoRan, has offered the stake for US$1.7 billion, which state-owned enterprises minister Rini Soemarno says is too expensive.

The Jakarta Globe reports her saying Jakarta is still interested, adding that SOE companies should have big mines and that these mines belong to Indonesia.

This comes amid protracted and difficult negotiations between Jakarta and Freeport, with both the Freeport Indonesia's president director Maroef Sjamsoeddin and the chairman of the board of Freeport-McMoRan, James Moffett, having resigned in the past month. 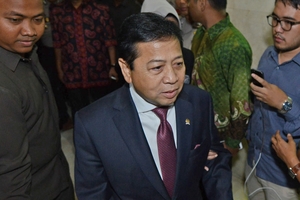 The negotiations hit controversy last month when the speaker of Indonesia's parliament Setya Novanto was found to have sought to extort a stake in freeport's operations in return for assisting to secure the contract extension.

Despite the huge revenues generated by the mine complex in their province, Papuans have largely been ignored by the negotiations.

The Papua provincial governor, Lukas Enembe earlier indicated his administration would push to get a ten percent stake in the Indonesian component of Freeport.

Governor Enembe said that Mimika regency has sued Freeport over the traditional ownership of the land because the company hasn't paid anything to the local community for use, and destruction, of its environment.