The Fijian island of Vanuabalavu, which was torn by Cyclone Winston, has been described as a bomb scene.

43 people have died - five of those on Vanuabalavu, about 300 kilometres east of Suva, when Cyclone Winston struck last month.

RNZ International reporter Alex Perrottet was the first journalist to reach the island.

He said residents are sorting out their belongings, with many things destroyed ending up in the rubbish pile. 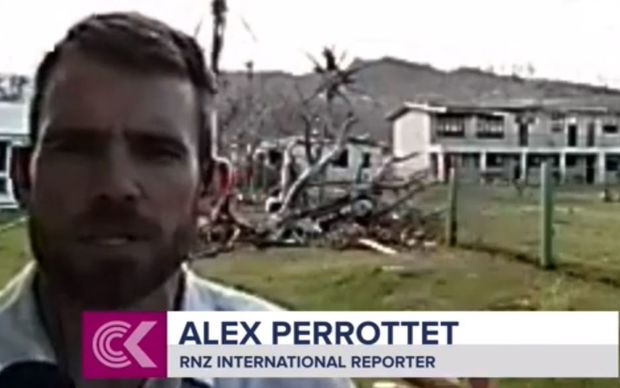 Alex Perrottet said one resident told him it looked like people had been dropping bombs on the island.

"They are talking about tidal waves that came into their houses and made them like washing machines inside. As I walked through Lomaloma village, you can see particular intense paths of destruction and some of the people were saying that they even saw tornado-like things within the cyclone."