Differences are being put aside between Fiji and its neighbours, as aid keeps flowing for the cyclone ravaged country. 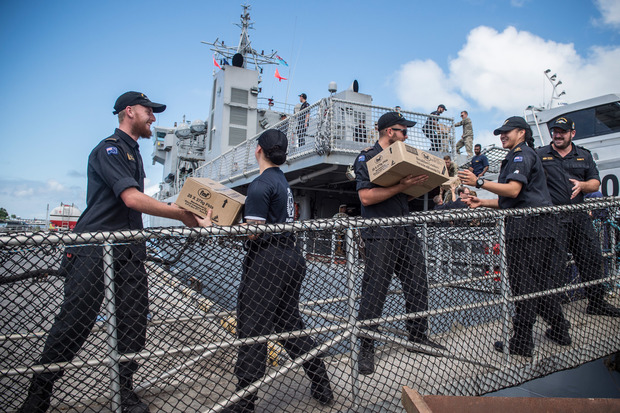 He said it will be a long recovery process for Fiji and New Zealand was doing what it could to help.

New Zealand has boosted its support to Fiji after Cyclone Winston by another US$1 million, taking its aid package to just over US$3 million.

Mr McCully said most of the extra $US1 million in aid will help repair the badly damaged electricity grid.

The remaining third would go towards additional relief supplies and technical support.

New Zealand's relationship with Fiji has been tested in the past over post coup sanctions and lately over New Zealand's climate change policies.

But Mr McCully said cooperation during disasters happened even during difficult times and happened naturally between neighbours.

"We're going to have disagreements from time to time but when there is an urgent need for humanitarian support everybody in this neighbourhood understands that you just knuckle down and deal with those needs and that's what we've tried to do and I know that's very much appreciated and everyone I met in Fiji told me that."

He said New Zealand Defence Force planes were continuing to deliver supplies and the navy ship HMNZS Canterbury would arrive in Fiji tomorrow.

The Canterbury will join the HMNZS Wellington in the Northern Lau group by the end of the week.

Tonga has a naval landing craft on standby ready to help with Cyclone Winston relief efforts in neighbouring Fiji.

Tonga sent a naval patrol boat, the Voea Pangai to the badly hit island of Vanuabalavu in Fiji's east at the weekend.

He said it was not the first time the two nations had helped each other out.

"Fiji helped Tonga back in 1982 I think when we had our big cyclone then. It's been ongoing relations in the past. This is the first time it's a major disaster for Fiji and Tonga is only too willing to help."

Mr Aho said Tonga was just waiting to hear from Suva whether the barge is required.

Mr O'Neill said the magnitude of the tropical storm was another example of the extreme weather that the region would have to be prepared to deal with in the future.

He said the disaster relief funding would be paid directly to the government of Fiji for immediate use.