A chief in Rakiraki says most of the houses in his village have been destroyed and he hopes tarpaulins can arrive quickly to keep people sheltered.

The Turaga ni Koro of Namuiamada village, Usaia Rawaidranu, looks after four villages and says the damage was terrible.

He said there's 78 houses damaged out of 105 houses, just in Namuiamada. 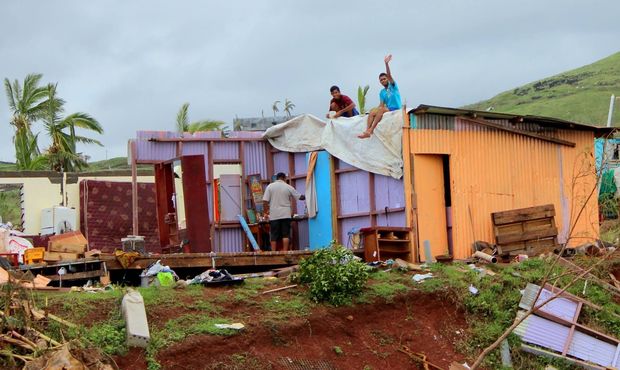 He said he came to the Rakiraki Town Council office today to report on his people, but they are in desperate need.

"Now we need some food, we need some tarpaulins, tents or what to make shelter because plenty of my population - now they can't sleep. Ihave got just six [habitable] houses in my village.

"Those 6 houses, my population 544, they all fit in those six houses. So somebody slips, somebody is going to wake up, just standing like that. That is the condition that we are having now."

Mr Rawaidranu said he had told his people not to wait for the government, but to start working to build shelters already.

A mother of four children in an evacuation centre in Fiji's Rakiraki said families were helping each other until government assistance came through.

Miliakere Dakuitoga is at the Penang Sangam High School with seven other families. They are staying in the hall as there is extensive damage to parts of the school.

She said they were waiting for food to arrive.

She said it was washing day today, and while they work and wait, they were helping each other.

Ms Dakuitoga says she was shaken and her house is a 'disaster', but she is grateful to be alive.

The chief executive of the Rakiraki Town Council said the first priority for his town is to clean it up so people can come in and purchase hardware and food.

Eight people died in Rakiraki and the market has been destroyed.

Many have been left without homes. 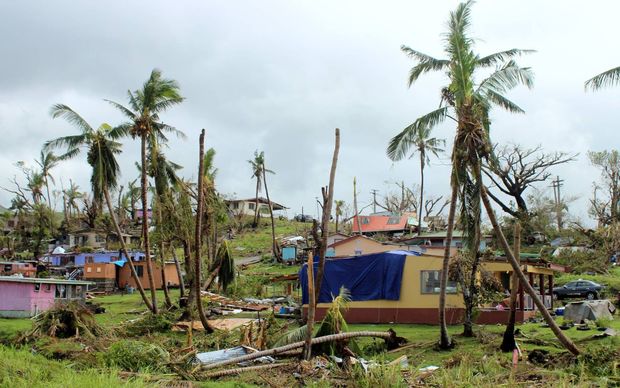 Rajesh Chandra said there's a coordinated effort to account for all the damage sustained in the surrounding suburbs.

He said five or six thousand people are in the evacuation centres and they are overcrowded.

Mr Chandra said after the town is cleaned up he will focus on the suburbs, but it will be a long time until order is restored.

"We have managed through the Water Authority to restore water but only on a ration basis. The FEA [Fiji Electricty Administration] and Electric City, no, I don't think so. That will be up and running in two weeks or months, so that is out of the question."

Follow RNZ reporters Alex Perrottet and Kim Baker Wilson reporting live from Fiji, in the aftermath of the cyclone: