The Methodist Church in Fiji says the Fijian people are resilient and will band together to deal with the effects of Cyclone Winston. 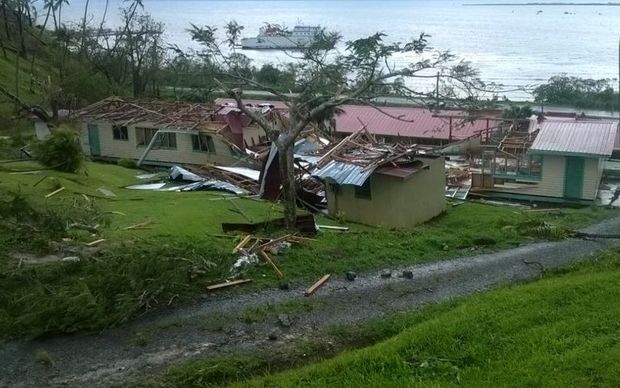 The most powerful storm in the country's recorded history barrelled into the main island of Viti Levu and neighbouring smaller islands at the weekend, destroying entire villages, flooding low-lying areas, wiping out crops and killing at least seven people.

A church spokesperson, James Bhagwan, said while there had been a lot of loss, people are thankful to be alive.

"While they are very disappointed with the losses they have faced physically in terms of homes and possessions, people who are alive are just glad to be alive and giving thanks in that sense," he said.

"We are people who have gone through disasters in all different shapes and sizes. We are resilient people, we will rise up again. And we have a Fijian sense of humour that keeps us going as well."

James Bhagwan said many people took shelter in churches over the weekend, which will remain as temporary accommodation for as long as necessary.

Meanwhile, Airports Fiji Ltd said it was unable to determine the status of number of airports in the country's outer islands following Cyclone Winston.

It said the two international airports at Nadi and Nausori were fully operational along with Labasa and Rotuma.

Runways at Matei, Gau and Kadavu were being cleared for landing while AFL was working on restoring other aerodrome facilities and terminal back up.

Savusavu is closed due to significant debris on the runway that should be cleared by this evening.