Fijians and tourists alike woke up to gauge the damage from an unprecedented category five cyclone overnight.

People went into last night without power, with trees crashing down and waves surging around them, not completely knowing what to expect.

"We're in a room, it's very dark, and they're very strong winds around us... it was quite frightening what was going on outside," Martinborough woman Nalini Baruch from Nadi, said.

She was there with her husband Colin for a long-awaited family reunion, and together they watched from their hotel on Denarau Island as the last flight left. 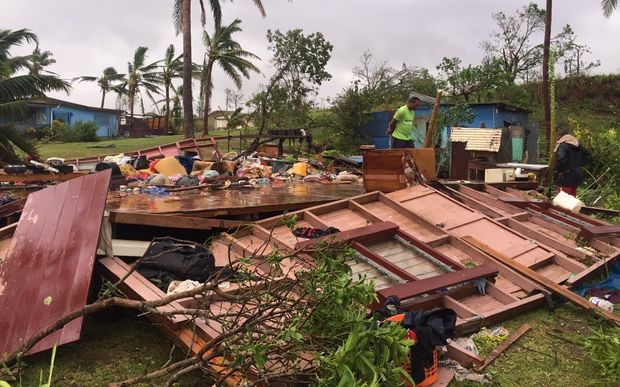 The pair were staying at the water's edge, and Ms Baruch said the sound from crashing waves was like standing next to a 747 jet.

"We're really helpless, there's not much more you can do... our power is out, we're on a generator and we're not too sure how long the hotel can support us on that one generator," she said.

A nation-wide public curfew had been established by the government so people could be protected, and would last until further notice. A 30-day state of emergency had also been declared.

Timaru woman Diane Turner would be anxiously trying to contact her daughter Chelsea this morning, on tiny Moturiki Island. 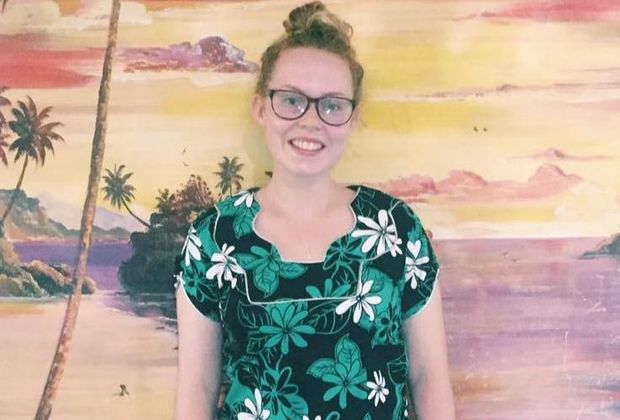 The eighteen year old had only been on the island for two days to start what was supposed to be about six months' worth of volunteer work at a primary school.

She had been in Fiji for just over a week.

Speaking to RNZ News last night, Ms Turner said she was able to talk with her daughter by phone early in the day, but then had to rely on the internet and social media.

"They're hunkered down in the school building which is the safest place.

"But on Facebook she told us all the roofs of the houses have been blown off, all the crops have been uprooted... and a fair bit of devastation there," she said.

Ms Turner said she never expected her daughter would have to face the ferocity of Cyclone Winston.

"We thought, you know, Fiji 'oh it's the safest place in the world to send your child on a gap year, and we said the only thing we'd be worried about was cyclones, and then this happens."

The group Chelsea was volunteering through gave training on what to do in a cyclone when she arrived, Ms Turner said.

Power out, trees crashing down

Iris Low-McKenzie heads Save The Children in Fiji and lost power just as she spoke with RNZ News as the storm approached her, and her family, in Suva.

"We've never experienced a category five cyclone so we really don't know what to expect... but we know that it's going to be devastating.

"This is extraordinary," she said as trees tumbled to the ground nearby.

She said people had taken precautions after being able to spend a few days preparing for Cyclone Winston.

But Ms Low-McKenzie said she feared for people in low-lying areas and people in "informal settlements" which had buildings that were of a low standard.

"Fiji Red Cross has stock to cover 2500 families and it is well located in strategic areas around Fiji, so it's not in one place.

"It's been distributed among 14 branches and also at the headquarters - we have access to 10 trucks for immediate transportation needs."

Mr Sami said the Red Cross had also urged suppliers to be on stand-by in case stocks of aid needed to be replenished.

The Ministry of Foreign Affairs and Trade (MFAT) said last night that 186 New Zealanders were registered as being in Fiji.

"The Ministry has updated its travel advisory for Fiji due to Cyclone Winston to 'high risk'. We now advise against all tourist and other non-essential travel to Fiji," it said.

"New Zealanders in Fiji are strongly encouraged to register with on MFAT's www.safetravel.govt.nz and should follow the advice of the local authorities at all times, including any evacuation orders, and seeking suitable shelter and keeping their family in New Zealand regularly informed of their well-being.

Air New Zealand flights between Nadi and Auckland had been cancelled.