The president of Kiribati is hoping wealthy individuals like Bill Gates will come to his country's rescue and provide funds to deal with the effects of climate change.

Anote Tong said the global private sector could provide small island countries like his with billions of dollars to adapt to rising seas and more intense storms.

Kiribati and several other small island countries in the Pacific are in the process of setting up a money-raising initiative called Pacific Rising to capture such funds.

Mr Tong said the initiative would act like the Marshall Plan did in the rebuild of European countries after the Second World War.

He said it would bypass what he sees as too much bureaucracy around the UN-accountable Green Climate Fund.

"One of the biggest problems that we are facing with the Green Climate Fund, no matter how many billions of dollars, we cannot get to it. 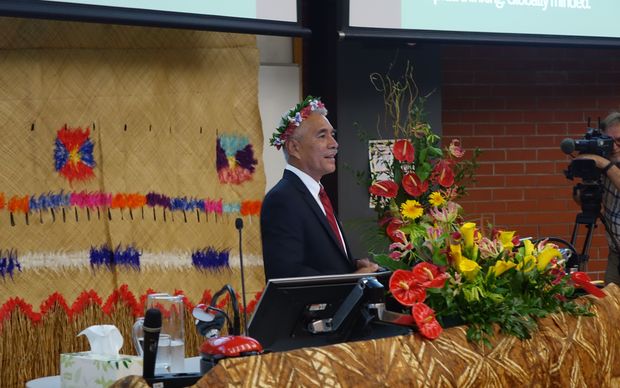 Outgoing Kiribati President Anote Tong speaking at the "In the Eye of the Storm" Pacific Climate Change Conference in Wellington. Photo: RNZI