A former senior officer from the Australian Federal Police has been appointed as a deputy police commissioner in Papua New Guinea.

Alan Scott has been appointed by the National Executive Council as a deputy comissioner in charge of reform, training and preparations for PNG hosting the APEC summit in 2018. 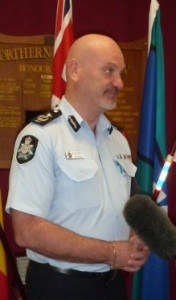 PNG Loop reports Mr O'Neill saying that the deputy commissioner has expertise to bring reforms and take it to the next level.