Solomon Islands and New Zealand are the only unbeaten teams after two rounds of the Oceania Futsal Championship in Suva, setting up a blockbuster clash between the two sides tonight.

The Kurukuru romped to a 5-1 victory over New Caledonia.

found the back of the net four times in the opening half. 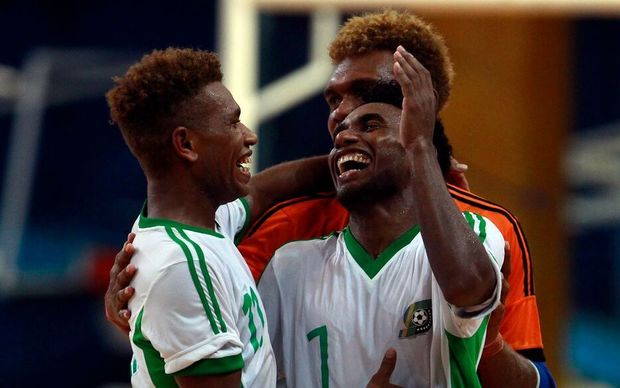 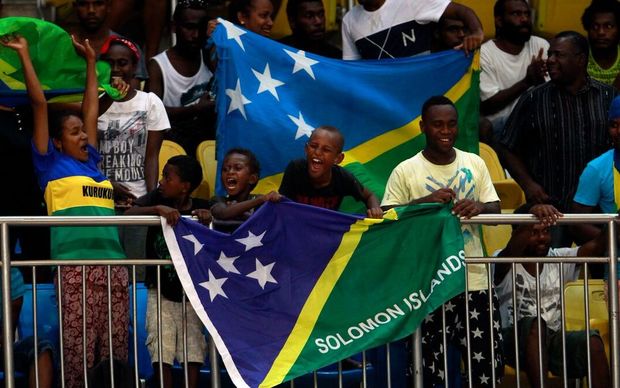 There was plenty of support for Solomon Islands amongst the Suva crowd. Photo: OFC Media

The Futsal Whites were 2-0 up inside seven minutes, courtesy of Kareem Osman and Stephen Ashby-Peckham.

Tahiti enjoyed 60 per cent of possession but struggled to convert opportunities until a deflection gifted them an own goal just before the half hour mark.

Dylan Manickum struck back only two minutes later as the French Polynesian side's attempts at an equaliser saw them caught without a goalkeeper.

Heimana Faarahia did manage a second for the Francophones but they ran out of time. 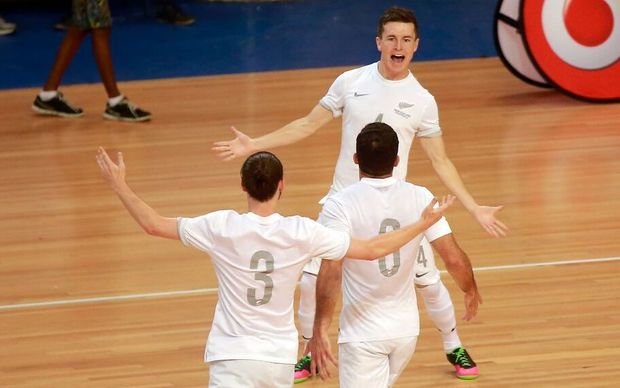 Meanwhile Vanuatu thrashed Fiji 5-2 to register their first points of the competition.