Fiji's opposition National Federation Party says it is concerned that talks between the government and unions over workers rights could be derailed by what it calls a political move.

An International Labour Organisation mission to review obstacles to a required joint implementation plan is due in Fiji this month.

Fiji has continually failed to submit the plan because unions have refused to sign it, saying the government is infringing on workers' rights.

The ILO will meet and hold discussions with government, employers and union representatives.

However the Employment and Industrial Relations Minister Semi Koroilavesau has been replaced by Solicitor General Sharvada Sharma to lead government negotiations.

The NFP's Biman Prasad says the government needs to amend legislation to avoid a possible ILO Commission of Inquiry and abide by its conventions.

"Therefore any negotiation with the unions must be with the government, represented by the minister. That is what I think the minister of employment was trying to do and if the minister is no longer involved in the discussions and the talks then that is a worry for everyone." 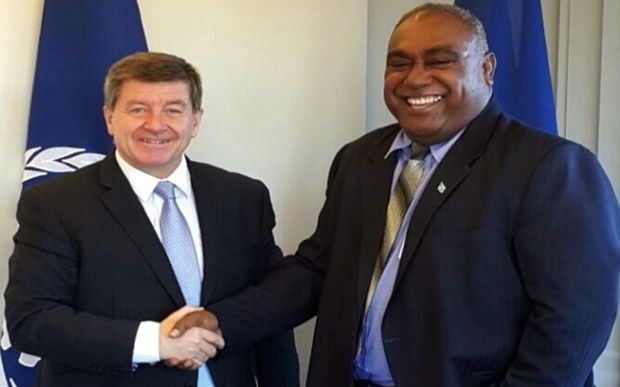