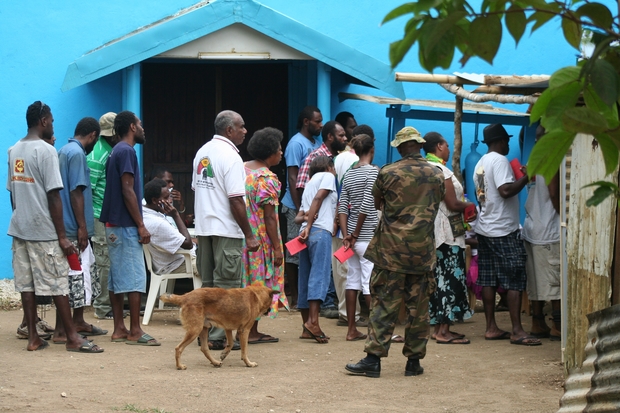 Vanuatu's electoral office says it has been allocated US$142,000 less than what it estimates it needs to carry out this month's snap election.

The acting principal electoral officer, Joe Johnson Iati, says the office estimates the election will cost $765,000, but it has only been allocated $622,000.

The election was called after the president, Baldwin Lonsdale, dissolved parliament to end weeks of political deadlock that stemmed from the jailing of 14 government MPs for corruption.

Mr Iati says the sudden announcement means that the office has had to bring forward election planning and stretch its resources.

"There are a lot of challenges. Since we ran into this dissolution of parliament, we've had to source all the resources that we have in terms of budget and manpower and we are hoping to have everything smoothly running."

Joe Johnson Iati says the office will try its best to run the election within its budget, but the government may be asked to provide extra if that's not possible.

More than 200,000 voters have registered for the election and the official candidates' list will be released later this week, marking the official start of the campaign.