Reports from Fiji say an assistant police commissioner, Henry Brown, has been sent on leave.

The Fiji Times says the circumstances for the move are not clear.

The paper says there are certain allegations, which have not been detailed while it quotes the defence minister, Timoci Natuva, as saying it is too early to comment on whether there will be any investigation.

Mr Brown is also the director of intelligence and investigations. 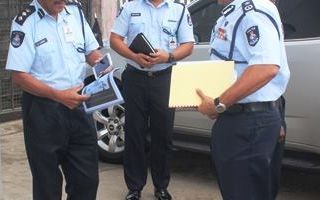