The speaker of Indonesia's Parliament has resigned after allegedly seeking to extort a US$4 billion stake in the operations of mining company Freeport McMoran in Papua province.

Setya Novanto quit as a parliamentary ethics committee was investigating his case which centred on a recording of secret talks related to onging negotiations over the extension of Freeport's current contract. 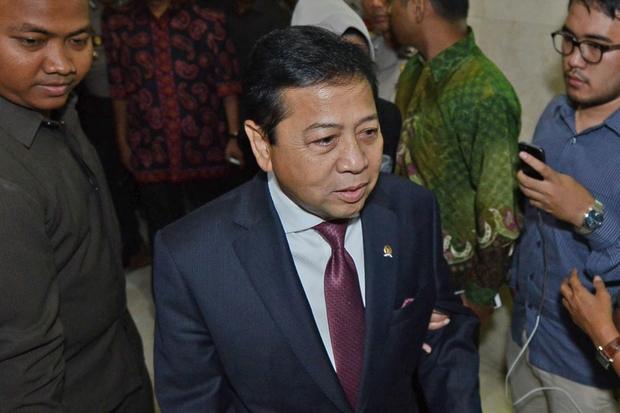 Setya Novanto has resigned as Indonesia's Speaker of Parliament after being recorded in an alleged extortion attempt related to negotiations over the renewal of miner Freeport McMoran's lucrative contract in Papua province. Photo: AFP

In the audio recording Novanto appears to be attempting to extort a 20 per cent stake from the gold and copper miner's Papua operations.

Novanto has admitted to being the recorded voice which references his closeness to Indonesian President Joko Widodo and another top minister with regards to approving a new mine contract.

He resigned his post hours before the committee recommended his removal.

However the disgraced lawmaker, who remains an MP for the time being, has claimed that he was just joking about Freeport cutting him in on a share of the deal.

The scandal comes as negotiations over the extension of the lucrative mine contract intensify.

But in a sign of the importance of the revenues from the Papua mine to its state coffers, Indonesia has gone to early negotiations with the American-based miner.

Freeport's Grasberg mine complex has the world's largest gold mine and third-largest copper mine - the Indonesian unit of Freeport McMoran is the country's biggest taxpayer.

However relations between the company and Jakarta have been rocky are being tested by the contract extension.

A petition has been mounted by Energy think-tank Indonesia Resources Studies, calling on the government to disapprove of the extension and take control of the mine through a consortium of region and state-owned enterprises. 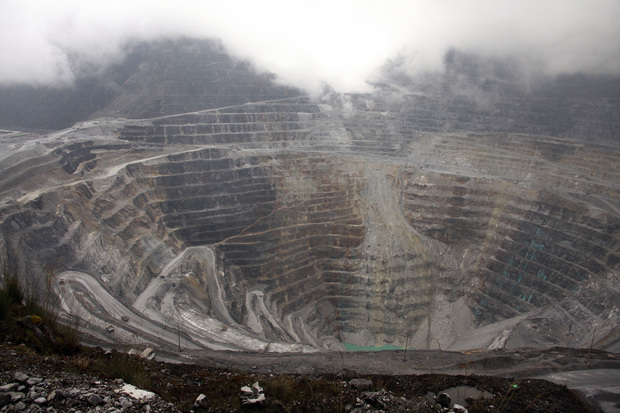 West Papuans have long expressed frustration about the environmental destruction caused by the Freeport mine operations in Mimika regency. Photo: AFP

The petition argues that, as the "owner" of the mineral resources, Indonesia should receive a greater portion of the profit and greater benefits than the contractor.

The petition also demands that Freeport pay compensation for the environmental damage caused by its mine.

Amid soaring interest in the corruption scandal engulfing the Freeport negotiations, there's been little media attention in Indonesia to West Papuan customary land ownership of the Freeport mine region.

The Governor of Papua province, Lukas Enembe, recently demanded that Freeport release some control of the mine area, grant Papua a share of the operations and commit to meaningful development contributions.

He said that despite the valuable Grasberg mine being gifted to the US company by Indonesia without Papuan consent and even before Papua was formally part of Indonesia, the company has done very little for the benefit of Papuans.

"Our point is that if they don't have commitments to develop Papua then there's no point in them being here," said the Governor.

"We want the share that's been divested to be shared among these surrounding regencies."

The Papua provincial government earlier indicated it would push to get a ten percent stake in the Indonesian component of Freeport.

Governor Enembe told RNZI that Mimika regency has sued Freeport over the traditional ownership of the land because the company hasn't paid anything to the local community for use, and destruction, of its environment.