The Indonesian government says it is willing to grant Freeport Indonesia a special permit to continue its lucrative mining operations in Papua province. 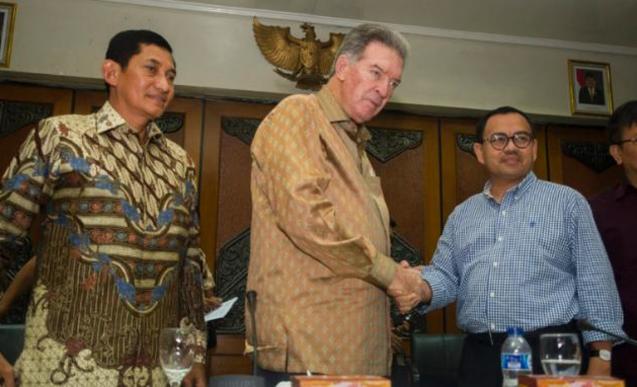 Freeport Indonesia, a local unit of the US miner Freeport-McMoRan, has been in discussions with Jakarta about amendments to its exsiting contract which expires in 2021.

The Jakarta Globe reports an official at the Energy and Mineral Resources Ministry as saying the government and Freeport have agreed on a new 20-year arrangement.

Dadan Kusdiana says that after a meeting with President Joko Widodo, the ministry suggested the cooperation with Freeport be changed from a 'contract of work' to a Special Mining Business Permit.

Under the new arrangement, the state can revoke the permit any time, unlike the 'contract of work' which is based on equality between the state and the investor.

Dadan says it remains unclear when the permit would have final approval and when it would take effect.