Fiji, South Africa and England all went unbeaten on day one of the Dubai Sevens as the new World Rugby Sevens Series got underway. 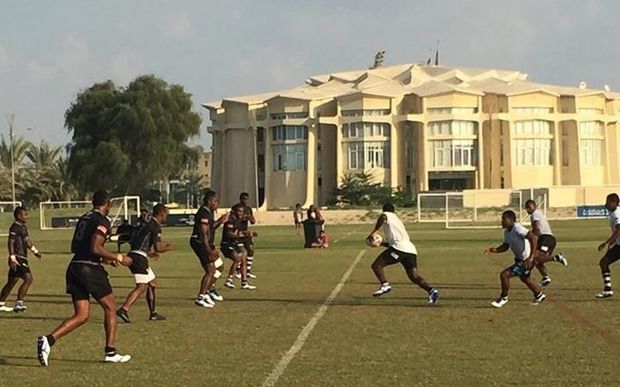 Fiji training prior to the Dubai Sevens. Photo: Fiji Rugby

Ben Ryan's Fiji got off to an impressive start, scoring nine converted tries through nine different scorers in their 63-14 victory over Canada in the opening match of the day, before victories over Japan and Argentina, which set the tone for an enthralling day one with lots of thrills and spills in the Dubai sunshine.

Reigning Dubai champions South Africa were another side in fine form with victories over Russia, Samoa and Scotland.

Searching for the first Cup title of the season Fiji will meet Australia in their quarter-final, USA await defending Dubai champions South Africa, New Zealand will play Samoa, and England will challenge Los Pumas for a semi-final spot.