Niue is still on alert as Cyclone Tuni moves closer in an easterly direction.

The government issued an alert over the weekend for residents to board up their homes and stock up on supplies, after the category one cyclone caused minor damage in Samoa and American Samoa.

The category one cyclone intensified on Sunday (Saturday Niue time) as it slowly moved at about 17 km/h through Tonga's northern waters and was predicted to pass within 60 km of Niue overnight, with the island's meteorology department saying there was a chance it could veer off course and hit the country directly. 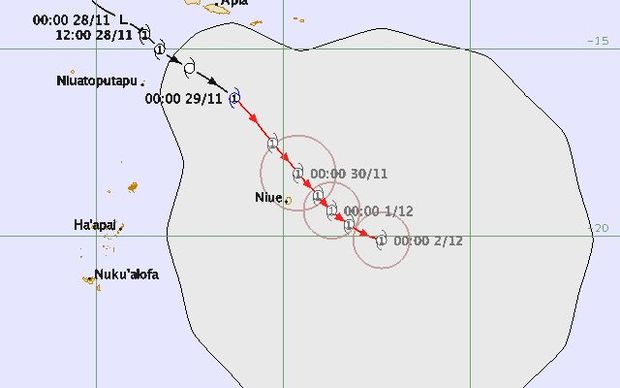 The chief of police, Tony Edwards, said authorities weren't taking any chances and had issued a "yellow alert" advising residents to prepare themselves on Sunday afternoon.

"So if they could batten up their houses, make sure that they've got enough welfare for them, and the other thing is because we're going into the nightfall we don't want anyone running around at night," he said. "We can't determine what's going to happen, but we're going to ensure that our people are prepared for the worst."

Mr Edwards said he had spent the afternoon canvassing the island and people appeared to be heeding the message to be prepared before nightfall, with many residents boarding up windows and securing loose items.

He said the National Disaster Committee was meeting regularly and would monitor the situation through the night, with strong winds and heavy rain forecast.

Misaeli Funaki, a forecaster at the Fiji Meteorological Service which is responsible for tracking and naming cyclones in the southwestern Pacific, said that despite only being a category one, the cyclone would pass very close to Niue and could cause severe damage.

"It'll pass by just due east of it, but [with] the associated weather, we're saying sustained winds of 35 knots or even more, and as the system moves in closer we expect the observed winds to increase for Niue," he said.

"But even as just a category one system it can be devastating or very damaging for Niue."

In a tropical cyclone advisory issued on Sunday evening, forecasters warned that damaging gale force winds of at least 75 km/h would begin several hours before the cyclone's centre passed overhead or nearby the country.

Tuni moved towards Niue after battering Samoa and nearby American Samoa with torrential rain that caused flash flooding and landslips, and strong winds forced inter-island ferries to be cancelled until at least Monday. 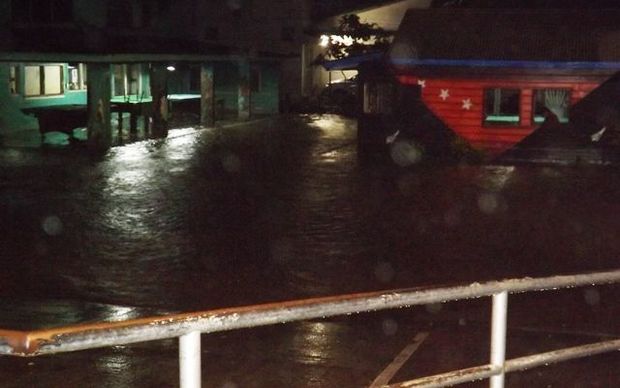 Flooding in the Apia area due to cyclone Tuni Photo: RNZI/Autagavaia Tipi Autagavaia

On Sunday afternoon, the meteorological offices in both Samoa and Tonga cancelled their cyclone warnings, saying the threat had passed.

Filomena Nelson, a spokesperson for Samoa's Disaster Management Office, said flash flooding was reported across the island of Savai'i and in the capital, Apia, where the Vaisgano River burst its banks late on Saturday night flooding markets and shops, and forcing some residents to be evacuated.

"The residents were forewarned since Friday afternoon and they were also informed to move to their relatives in safer locations," she said. "But some remained so police and fire service were out there to help some of the families who were in harm's way." 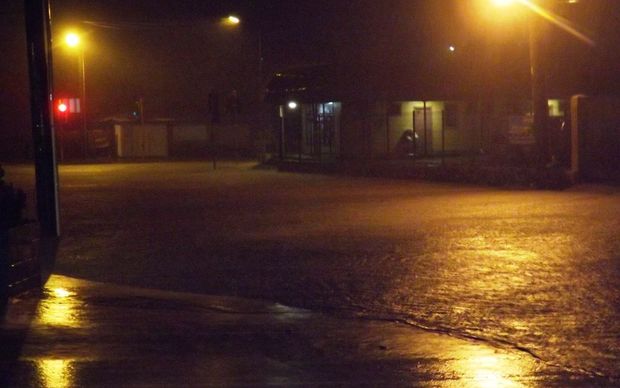 She said crews had been working throughout the day on Sunday restoring power and water supplies and clearing landslips that had blocked access to much of the coastal road around the main island of Upolu.

However, she said the country appeared to have got off lightly: "It wasn't that bad comapred to Cyclone Evan and past cyclones that we've had. It won't take that long to clear," she said.

The territory's Emergency Operations Center said it had reports of homes flooded in Tula, Amouli, Fagaitua, Amaua, Leloaloa, and the main town Pago Pago. There was a landslide at Fatu ma Futi, and debris blocked the road in several parts of the island. 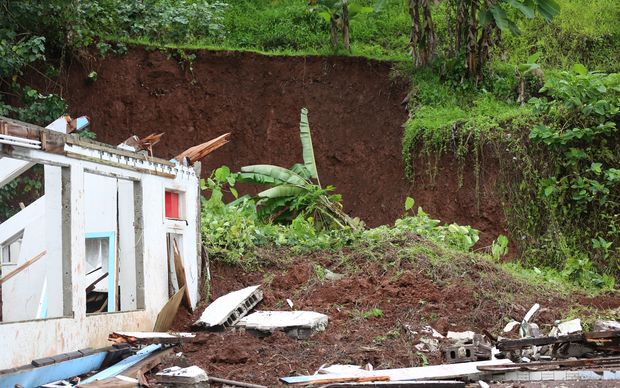 Misaeli Funaki said cyclone Tuni should begin to dissipate in the next couple of days as it heads towards the Cook Islands after passing Niue.

However, with a strong El Niño system gripping the Pacific region, drawing predictions of as many as 13 cyclones this season, authorities in all three countries say they need to remain prepared.