The management at Vanuatu's national broadcaster has refused to reinstate two staff who were suspended during industrial action last week. 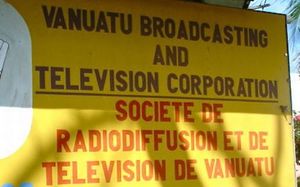 A journalist at the Vanuatu Broadcasting and Television Corporation, Antoine Malsungai, and an administration staffer, Yvette Tevear, are the vice president and secretary of the VBTC branch of the National Workers Union.

The union's General Secretary, Ephraim Kalsakau, says they were suspended after 40 union members walked off the job last week when their salaries weren't paid on time.

"It's becoming sort of a habit for VBTC not to pay wages on time and this is unlawful because wages have been received by VBTC staff for so many years on time. So for them not to receive pay on time is a breach of the law."

Ephraim Kalsakau says Mr Malsungai and Ms Tevear's suspension is illegal, and the union has given an ultimatum for the VBTC to reinstate the staff.