Papua New Guinea's cricketers begin a busy fortnight in the UAE with a one-day clash against Oman tonight.

The Barramundi's are preparing to take on Nepal in two World Cricket League Championship games next week, with both sides still seeking their first win of the competition.

Following that, PNG face Afghanistan in a four-day Intercontinental Cup match in Sharjah.

It's been a busy year for the Barramundi's, who also made their World Cricket League Championship and Intercontinental Cup debut in June, fell one game short of qualifying for the Twenty20 World Cup, finished runners-up in the Pacific Games and had further success in the South Australian Premier League.

"The lead up towards the tour has been very good. Recently the boys have had the chance to play in the South Australian Cricket Premier League competition and the boys again went from strength to strength: winning the two-day matches, a couple of 50 over matches and our young bowler Nosaina Pokana topped the bowling table as the leading wicket-taker of the tournament - and he's only 21. There was some good signs, especially in the lead-up and his strong performances has earned him the call-up to the main team in Dubai".

The other new face in the Barras 15-man squad is all-rounder Hiri Hiri. 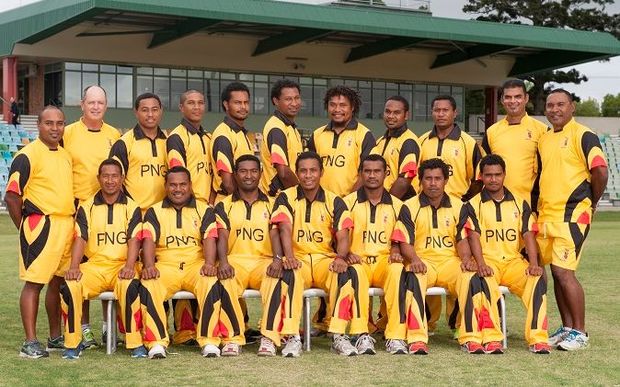