The United Nations and other international bodies are being asked to step up their assistance as the impact of frosts and a severe drought continue to impact on large areas of Papua New Guinea.

The El Nino influenced drought is forecast to continue into 2016.

The United Nations' Development Programme's Country Director in PNG, Roy Trivedy, says his and other international agencies have been asked to step up the help they provide. 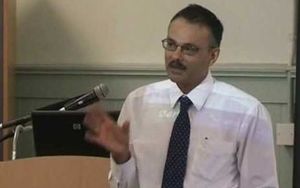 He says UN agencies are already helping farmers in various capacities and will be working on other issues such as food security for the estimated 848,000 people the government says are already in a state of stress.

Mr Trivedy says if the drought worsens he expects those figures to rise.

"And it's working on the basis that if those figures escalate, have we got the right provisions in the right quantities, in the right places, to be able to distribute food, also ensure there is safe drinking water and so on. And we are particularly concerned about those who are the most vulnerable, very young children, people who have got long-term illnesses, the disabled."

Mr Trivedy says there are already health issues and this will worsen the longer the drought goes on.

"We are very concerned about the fact that if people do not receive relief items, if they don't have safe water, if they don't have access to food, then we will start to see more illnesses and we need to make sure, both in terms of water borne diseases and so on that we take preventative action as quickly as possible."