An attempt in Vanuatu to re-instate pardons given to 14 convicted MPs 11 days ago has failed. 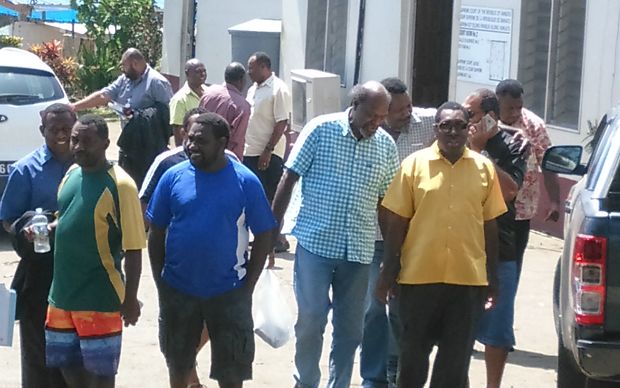 Supreme Court judge Oliver Saksak also declared, in a separate case, that the later revocation of the pardons made by President Baldwin Lonsdale was legal.

Earlier this week the court heard an opposition challenge to the decision by Marcellino Pipite who pardoned himself and 13 other MPs while he was the acting head of state.

The opposition's lawyer had called Mr Pipite's decision unconstitutional and that it amounted to a conflict of interest.

But the lawyers representing the convicted MPs said Father Lonsdale's later revocation of the pardons was unconstitutional.

The State Law Office, representing the president, had argued Fr Lonsdale has the power to revoke a pardon, and it was the MPs who acted unconstitutionally, because a pardon can only be used when all other legal avenues have been exhausted.

Justice Saksak agreed, saying the Pipite pardon was invalid and unconstitutional while President Lonsdale has the right to pardon and revoke pardons under the constitution.

The 14 convicted MPs are back in court on Thursday for sentencing on the charges of giving and receiving corrupt payments.