Court proceedings are underway in Vanuatu, challenging not only the controversial pardoning of corrupt MPs but also the subsequent cancellation of their pardons. 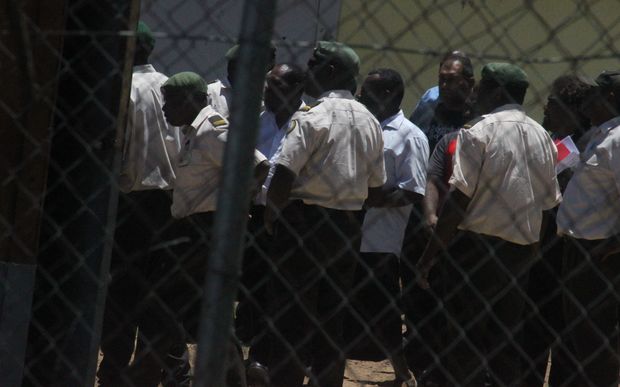 The opposition MP Joe Natuman's challenge against the original pardoning 10 days ago is being heard today in the Supreme Court.

Mr Natuman is challenging the legality of Marcellino Pipite's act to pardon himself and 13 other convicted MPs of corruption while the Speaker was acting head of state.

The opposition says even though the pardoning was revoked, they still want the court to decide on its legality.

The President Baldwin Lonsdale's revocation of the pardons on Friday is also subject to a legal challenge, in this case by the government.

The government filed its constitutional petition on Monday to challenge the legality of Father Lonsdale's decision.

Mr Pipite and 10 others among the convicted MPs are on strict bail condition after being arrested with three lawyers on Friday on conspiracy charges relating to the pardoning.

The conditions include not interfering with police investigations and witnesses.

Mr Pipite and the 13 MPs are due to be sentenced for the original bribery convictions on Thursday.

Marcellino Pipite has made an attempt to apologise to President Baldwin Lonsdale by trying to perform a traditional ceremony before him.

Our correspondent reports Mr Pipite was supposed to perform the ceremony yesterday afternoon but this was cancelled.

Mr Pipite's bail conditions prohibit him from interfering with witnesses while police investigations continue following his arrest along with 10 other MPs and three lawyers on Friday.

The Secretary-General of the Commonwealth Kamalesh Sharma has stressed the importance for Vanuatu to uphold the constitution and the rule of law.

In a statement, he said the Commonwealth Charter is clear that governments, political parties and civil society are all responsible for upholding and promoting democratic culture and practices.

He says all are accountable to the public and the people of Vanuatu understandably and reasonably expect the rule of law and their constitution to prevail.

The Commonwealth helped with talks at parliament in Port Vila earlier this year to come up with a plan for political reform and Mr Sharma says it is committed to helping Vanuatu implement the reforms and strengthen democracy.

The Secretary-General says it is important for all concerned in Vanuatu to be patient, restrained and respectful of the rule of law.

Vanuatu joined the Commonwealth in 1980, the same year it gained independence.