The Northern Marianas appears to have withstood the torrential rains and howling winds of Typhoon Champi as it continues to move away from the islands.

Governor Eloy Inos has maintained Tropical Storm Condition One on Saipan, Tinian, and Rota, while lifting the storm warning on Pagan, Alamagan, and Agrihan in the Northern Islands.

Our correspondent says there were reports of flooding in low-lying areas of Saipan, and an island-wide blackout occurred during the height of the storm as nine power poles of the Commonwealth Utilities Corporation went down.

Champi is expected to continue to intensify over the few next days. 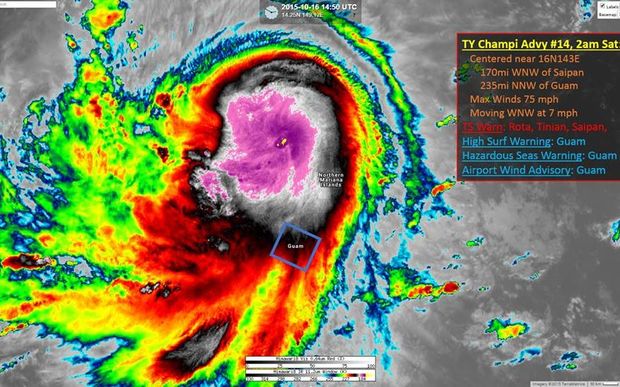