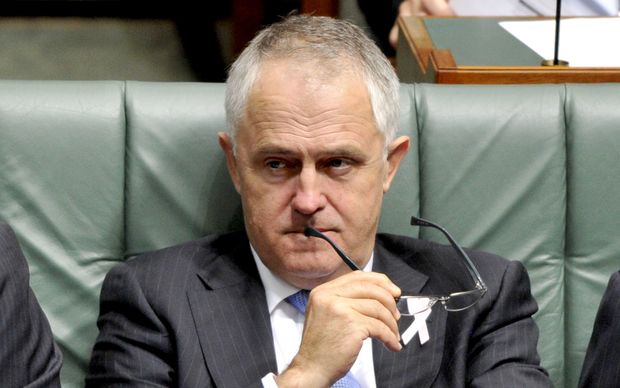 A group of about 20 protesters occupied the Sydney office of Australia's Prime Minister today, demanding an end to the long-term detention of asylum seekers in the Pacific.

Malcolm Turnbull, who ousted former Prime Minister Tony Abbott in a party room coup last month, was not in his office at the time.

Pressure is mounting on him to act on conditions at detention centres in Nauru and Papua New Guinea, after reports of systemic abuse and sexual assault and criticism by the United Nations and human rights groups.

Last month, Mr Turnbull said he was concerned about conditions, but many in his Liberal party support the policy which has been a vote winner.

Australia receives nowhere near the number of asylum seekers that try to reach Europe, yet successive governments have vowed to stop asylum seekers reaching the mainland by boat.