The Nauru government says the suspended opposition MP Roland Kun is being investigated for his alleged drunken role in an historic fatal accident.

In a statement it says Mr Kun was allegedly drunk behind the wheel of a car that killed a motorcyclist in 1991.

The Justice Minister David Adeang says the government had kept the investigation confidential to protect the privacy of the victim's family but it has decided to go public following the family's push for justice and a signed affidavit from a witness in the vehicle.

Mr Adeang says the matter was never investigated due to both Mr Kun and his father being in office and having great political influence over the past two decades.

Following the accident an inquiry was held but no witnesses were called, and it did not progress to the Supreme Court.

Mr Kun who has had his passport suspended is among opposition MPs at the centre of a dispute between Nauru and New Zealand.

New Zealand cut aid to Nauru's justice sector following concerns about rule of law and human rights in Nauru and the treatment of the MPs who have been protesting against their suspension from parliament.

"The Waqa Government was overwhelmingly elected to stop decades of corruption and cronyism, and this incident involving Roland Kun is an example of this," said Mr Adeang.

Mr Adeang went on to say recent criticism of himself and the President Baron Waqa was a smokescreen for a corrupt legal system overseen by the opposition MPs and their legal friends.

"Sadly the media have been fooled," he said.

"This is one reason Mr Kun is not being allowed to leave the country, and the recent riot and attempted overthrow of the democratically elected Government of Nauru is another."

He told the Nauru Parliament that the suspension has nothing to do with concerns about the rule of law, justice or the judiciary.

He says Mr McCully is only interested in one person, Roland Kun, who had his passport seized several months ago but has not been charged with an offence. 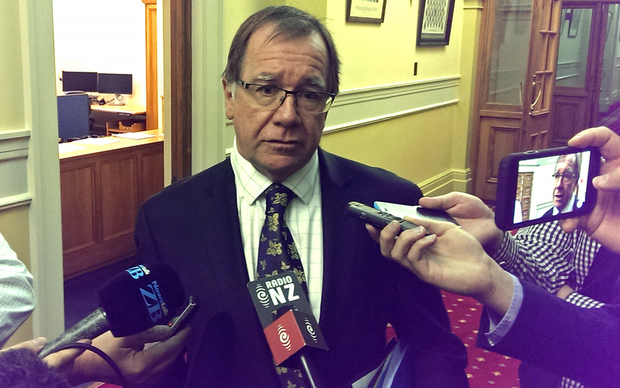 Mr Adeang says earlier this month he met with Mr McCully after being hunted and harassed by him around the Pacific Islands Forum summit in Port Moresby.

He says Mr McCully told him it is wrong to hold Mr Kun if he has not been charged.

A fellow minister, Charmaine Scotty, added Mr McCully and the New Zealand Government have been prodded into taking action by Mr Kun's wife, who is an Australian lawyer living and working in Wellington.