A group of traditional chiefs in the Cook Islands say there is overwhelming opposition to proposed changes to land occupation rights in the country. 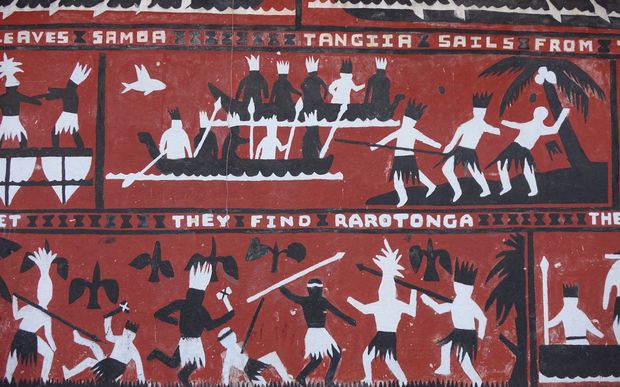 A mural illustrating the Polynesian settling of Rarotonga in the Cook Islands Photo: RNZI/Sally Round

The Koutu Nui president, Terea Mataiapo Paul Allsworth, says a draft practice note written by the country's law society and judges, which outlined proposed changes to the law, was recently made public in error.

He says people are very concerned with a number of the provisions, including that occupation rights may no longer be granted in perpetuity but for just 60 years.

Terea Mataiapo says he will submit a document to the Ministry of Justice outlining the landowners' concerns, and urging for consultation.