A rare bird in the Northern Marianas, the Tinian Monarch, could be moving closer to endangered status.

This comes after it was included among dozens of species across the United States to undergo a status review over the next year.

The U.S. Fish and Wildlife Service included the rare Tinian bird, which lives exclusively in the island's forest, on the list after clamour from environmentalists concerned at the impact of a military presence there.

The Service says the only island these birds call home has a long history of habitat destruction.

It says with a rampant increase in military combat training in their forested habitat, protection under the Endangered Species Act is critical.

The Service also says the live-fire project being considered by the US military would displace about 7,200 Tinian Monarchs. 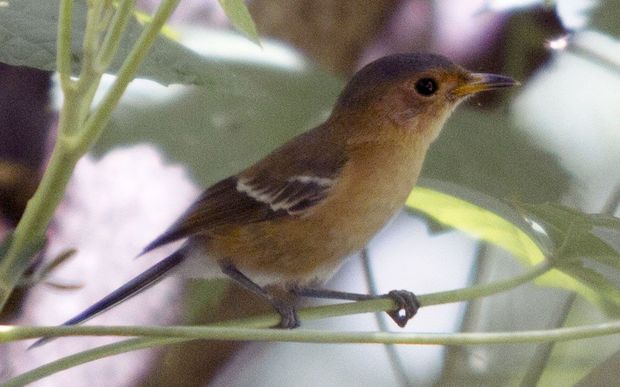 The Tinian monarch is endemic to Northern Mariana Islands, and found only on the island of Tinian. Photo: Devon Pike