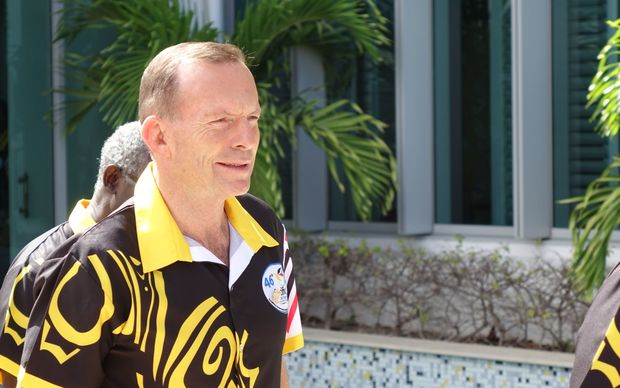 In Port Moresby to attend this week's Pacific Forum leader's summit, Mr Abbott announced that the funding to support the upgrade of PNG's foremost national cultural institution would be provided over four years

The funding has been announced as a gesture to mark this month's milestone of PNG's fortieth anniversary of independence from Australia.

The package comes amid controversey in PNG over a campaign by the speaker of the national parliament to remove prized traditional objects such as carvings and totem poles from the parliament house as he considers them inappropriate for a christian nation.

Additionally, Mr Abbott also announced a further $3.5 million in funding for maintenance of the Kokoda Track, which he describes as a powerful part of PNG's history.

Meanwhile, he also confirmed that he and his PNG counterpart Peter O'Neill discussed progress on processing and settlement of refugees processed at the Manus Island offshore processing facility, under the regional resettlement arrangements.

Also, the two leaders discussed the possibility of Australian Federal Police taking up a more hands-on role in its efforts to assist PNG police be more operationally effective.

Presently, Australian police are advisers rather than participants in PNG policing.

Mr Abbott said that what was needed was an arrangement which made them more than mere bystanders to operational policing in PNG,

He indicated that the two governments canvassed possible mechanisms to make that happen and said that hopefully there'd be progress in the next few weeks and months on this subject.