Papua New Guinea's Supreme Court has ruled that changes to the constitution regarding parliament and motions of no-confidence are unconstitutional, void and of no effect.

The changes, which were introduced by the Peter O'Neill-led government over two years ago, included extending the grace period protecting a government from no-confidence votes from 18 to 30 months after an election.

On top of the existing grace period of 12 months before an election, this amendment meant that government was effectively locked in and largely unaccountable for over two-thirds of PNG's five year parliamentary term.

The amendments also included increasing the number of MPs' signatures required to support a vote of no-confidence from 11 to 22, and increasing the period of notice for such a vote from one week to one month.

The other key change that the O'Neill government had made was reducing the number of parliament sitting days in a year from 63 days to 40 days. At the time, the prime minister argued that these changes were necessary in order for PNG to have political stability.

The former Chief Ombudsman Ila Geno initiated the court challenge and was given standing to argue the case. Later, in 2014, the then opposition leader Belden Namah initiated a separate case and the Chief Justice forced the joining of the Geno and Namah cases. They argued that the government's amendments were undemocratic. In delivering the ruling, the Chief Justice Sir Salamo Injia said the amendments prevented accountability and restricted the right of MPs under other provisions of Constitution.

Sir Salamo said the changes "were rushed through in Parliament by the executive government, buoyed by its success after the 2012 general elections that an unprecedented number of MPs supporting the government; in the name of political stability, with the aim of entrenching power in the government at the expense of the Parliament, the MPs and Parliamentary democracy." 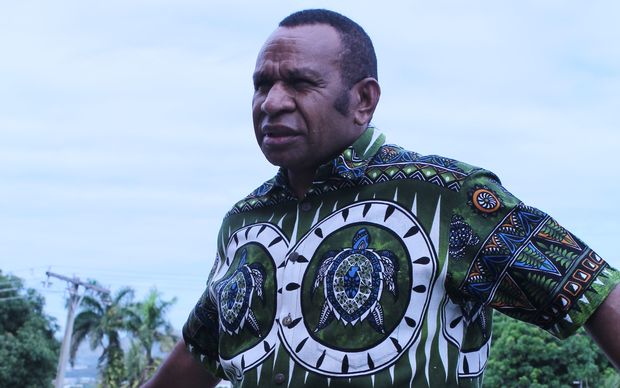 One of the Chief Justice's three fellow judges on the panel, Nicholas Kirriwom noted about the amendments that government does not seem to have learnt from past mistakes, continuing to "make laws that perpetuate foreign interests and policies that promote and safeguard interests of a few minority while the silent majority watches in silence."

Another judge, Catherine Davani was of the view that due to the amendments, the whole concept of a representative and responsible government was whittled away.

Meanwhile, Mr Namah welcomed the ruling, saying it was victory for the people and democratic process in PNG.