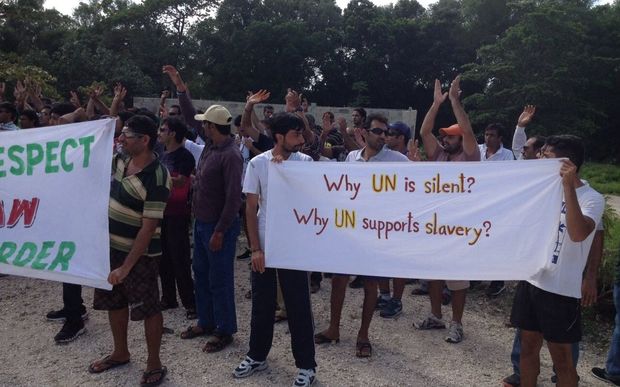 The peak body for Australia's aid NGOs says a Senate inquiry into conditions at the asylum seeker detention centre on Nauru needs to be taken further, and an independent inquiry conducted.

The Senate Committee's scathing 132-page report says the centre is not well run, and that the Australian government should speed up the removal of children and move towards a more open centre.

It also calls for a full audit into allegations of sexual abuse and other crimes, and proper access for human rights organisations and the media.

But the Australian Council for International Development says the inquiry isn't unanimous and is divided down political lines, and an independent investigation needs to be held into what are now proven cases of child abuse.

Its executive director, Marc Purcell, says a Royal Commission into Institutional Responses to Child Sexual Abuse, which currently ongoing in Australia, should investigate the Nauru claims.

"In Australia, if there are cases of child abuse there's mandatory reporting. In Nauru, there is no framework for doing that. What we have at the moment is Australian officials running a system where institutional abuse of children is occuring on Nauru and it's operating with a lack of transparency and I would say relative impunity. So we want to see accountability."