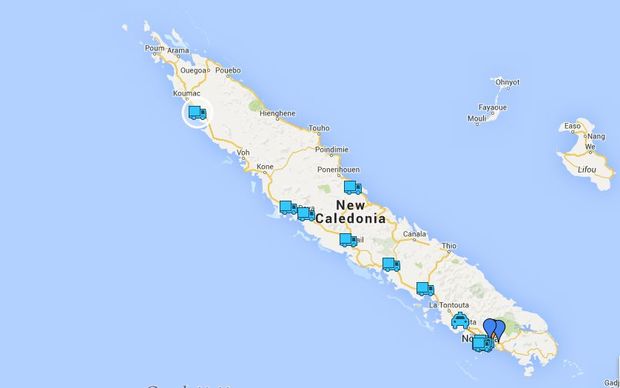 Blockades staged by protesting truck drivers continue to disrupt traffic and the flow of business activity in New Caledonia.

The drivers are protesting a decision by New Caledonia's committee for external mining trade not to approve requests to export low grade ore to China, submitted by the territory's veteran mining company SLN and several small miners.

The blockades began two weeks ago and ramped up earlier this week before being eased yesterday for talks between the government and the union representing the small mining entities whom the truck drivers contract to.

The blockades have been fully re-installed today after the negotiations failed to resolve the dispute.

Les Nouvelles Caledoniennes reports that all access in and out of the capital Noumea is being obstructed, except for essential services such as health personnel and for reasons of medical emergencies.

The passage of airline crew and passengers to travel out to the international airport at Tontouta is reportedly allowed.

Blockades have also been established at other key access points around New Caledonia.