Rimbink Pato said that as the largest Pacific Island nation, his country has an important role in carrying the view of island countries at the Association of Southeast Asian Nations of which PNG is seeking to become a full member of.

Speaking at the Ministerial Meeting, Minister Pato said PNG can champion for the Pacific Region including smaller developing states.

He mentioned the areas of ensuring greater connectivity between communities and countries, working together to prevent illicit maritime activities, and the impact of climate change on food security as extremely important issues in the Pacific.

Mr Pato is to chair the 13th Southwest Pacific Dialogue meeting that will be attended by foreign ministers from Australia, New Zealand, the Philippines, Indonesia and Timor Leste.

He said that at the meeting he would ensure these crucial issues are discussed and viable options to strengthen Pacific states in these areas will be considered.

Mr Pato said that if these issues aren't addressed, communities around the region will suffer, particularly on crucial areas such as fisheries management.

PNG has made a point of increasing its engagement in international forums in the past three years.

Its aim to become a full member of ASEAN is connected to its desire to further connect to the growing economies of ASEAN countries.

Mr Pato said there are tremendous opportunities for Papua New Guineans in the ASEAN region with the opportunity to sell their goods, engage in educational exchange and bring tourists to PNG.

The minister had a series of meetings with counterparts from some of PNG's key bilateral ASEAN partners. 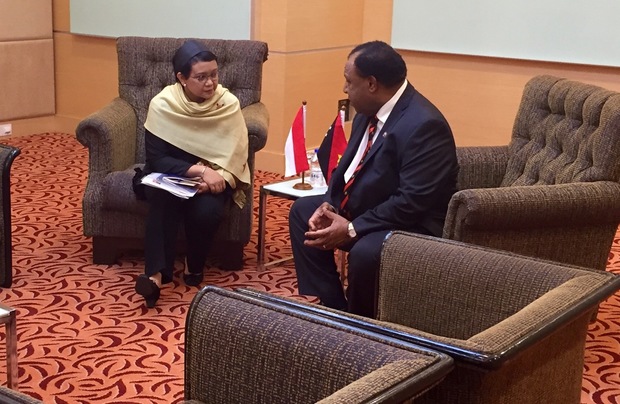