There's concern in Papua New Guinea about people flocking into the country from neighbouring Indonesia to take up work without the necessary permits.

The newspaper, The National, reports the foreign employment division manager with PNG's Labour Department, saying they are unable to monitor movement of people across the border with Indonesia.

Melvin Raga says people flock across to work in logging and oil palm projects in West Sepik near the border without work permits. 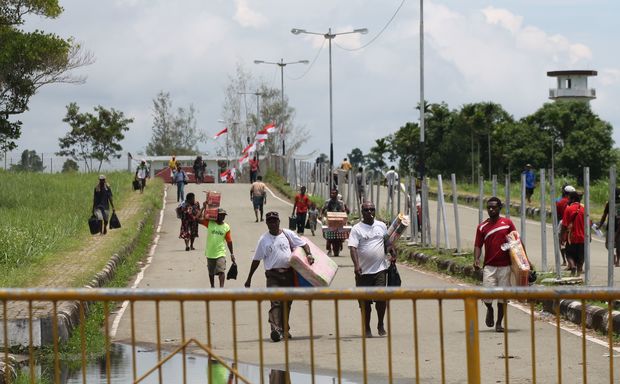 Mr Raga says it is only when relevant government agencies go in for inspection in border areas that they are able to pick up on the illegal workers and send them back to their countries.

140 foreigners without work permits were recently picked up in a logging camp in Bewani during a joint patrol.

Bewani Oil Palm Plantations Ltd says the expatriate workers deported were not employed by their company but instead for independent sub-contractors of the project.

The company says it is now helping these independent sub-contractors to comply with the law relating to employment of expatriates.