Samoa will play-off against Italy for the right to remain in the top tier of Junior Rugby after losing to Japan at the U20 World Championship.

The Baby Manu were outclassed 29-12 in the ninth-place playoff semi final in Viadana.

Late tries from Giovanni Kueffner-Mulitalo and Trent Winterstein proved too little too late after the Pacific Islanders trailed 26-0 during the second half. 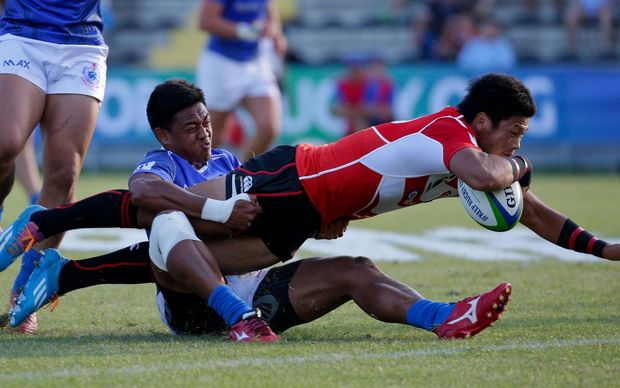 Samoa will face hosts Italy in the 11th place playoff on Sunday, with the losing team to be relegated to the second tier Under 20 Trophy.

Samoa coach Semo Sititi says his team were outplayed and outhungered by Japan in this morning's World Rugby Under 20 Championship defeat in Italy.

Semo Sititi says he's extremely disappointed with his team's performance against Japan and says the players may have been guilty of taking their opponents lightly.

"We dropped balls in contact, we missed tackles, we lost a few balls in our set pieces and our decision-making was poor. I was expecting more from those guys. Japan they were better on the day and credit on them. Their defence today was awesome, their rolling mauls were unstoppable, we didn't counter their lineout options and we didn't have any ball to play. I think they had done their homework".