A petition will be presented to the Fiji government next month by landowners in the Northern Division who say they have not received any royalties from a bauxite mine they consented to in 2011. 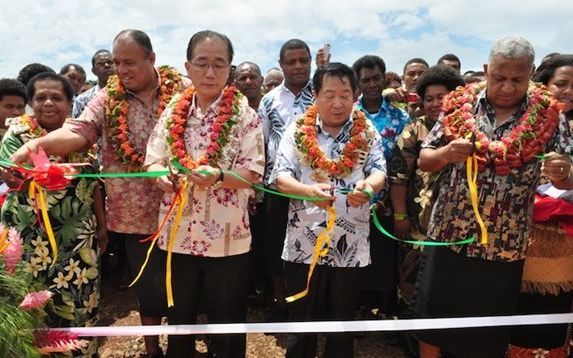 The Chinese company Aurum Exploration Limited has almost completed mining at the site in Nawailevu, which has produced almost 1 million tonnes of bauxite.

The SODELPA MP Mosese Bulitavu says the company has only paid $600,000 so far in royalties to the Lands Department, which still hasn't been handed over to the landowners.

And he says the company still owes another $1.5 million in royalties.

"Commodore Bainimarama, he had promised at the opening of the Nawailevu bauxite mining, in his opening statement, that government will be paying them after 2011, two years time, will be $3 million dollars, plus other development projects, housing developments, that has all not happened."

Mosese Bulitavu says at least 300 signatures have been gathered so far.

The same company has just commenced mining at a second site in Leketu and was just recently issued a lease for a third bauxite mining site at Dreketi.