The Fiji women's sevens team are back to full strength for this weekend's World Series tournament in Canada.

The Fijiana finished ninth at last month's Atlanta Sevens, coming from behind to beat Spain in the bowl final. 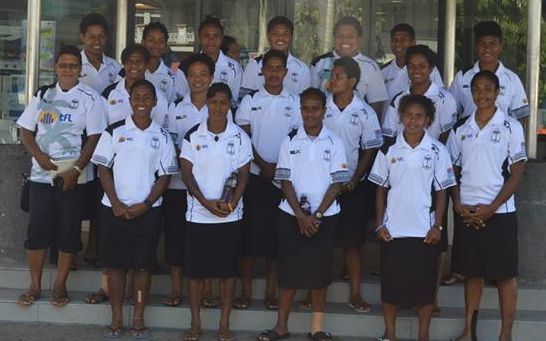 The Fiji women's sevens team that will compete at the Canada Sevens. Photo: Fiji Rugby

A couple of front-line players were absent in the USA for disciplinary reasons but head coach Iliesa Tanivula has made four changes for this weekend and says he had a full squad to choose from.

"Yeah the two...they're back. Everyone has been training well and the fitness levels have gone up so I though it was best to reward them and the team looks good for Canada".