The Vanuatu government has reassured its citizens affected by cyclone Pam that it will maintain the state of emergency until everyone has received help and is able to start to reconstruct their homes. 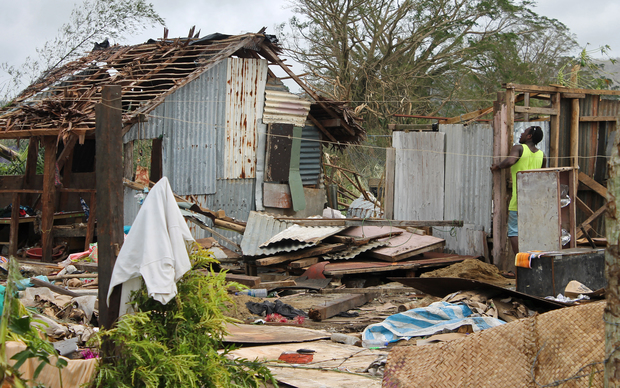 Kierry Manassah from the Office of the Prime Minister says the announcement by Joe Natuman was in response to victims who voiced their fears that they would miss out on access to emergency relief support once the current state of emergency period ends on April the 14th.

"Because under the constitution you can only declare it for two weeks but there is a lot more work being done to rebuild homes and so it is just that the government feels that it is normal to extend this period until everybody has had an opportunity to have access to funds and rebuild their homes."

Kierry Manassah says the public concern is driven by a scheme enacted under the state of emergency whereby people are able to access 20 percent of their super annuation to help in rebuilding their homes.

Meanwhile, work is currently being carried out in Moso Bay to the north of Efate to remove fuel from a government patrol boat, RVS Tukoro, which ran aground during the cyclone.

Ports officials say while the ship's hull is intact efforts to pull it off the shore have not worked.

They are emptying the 30 tonnes of fuel on board to ensure there is no risk to marine environment.

The Tukoro had sought shelter in the bay as the cyclone approached and was washed ashore with two other vessels which have since managed to get off the beach.