After the cyclone hit more than three weeks ago the authorities estimate more than 90 percent of the food gardens in affected areas have been destroyed, creating a food crisis in the country's mostly subsistence farming communities.

UNICEF's Pacific Representative, Karen Allen, said there was a very real danger of some children below the age of two slipping into acute malnutrition, and mothers being stressed by efforts to find food and shelter for their family.

"They do need to get the baby on the breast and not put them on bottles because there is a tendency to mix the wrong things in the bottle. Or not have the water and the soap to clean the bottle.

"There is an emergency surveillance system in place and we are already seeing an increase in diarrhoea, so we are very worried about that." 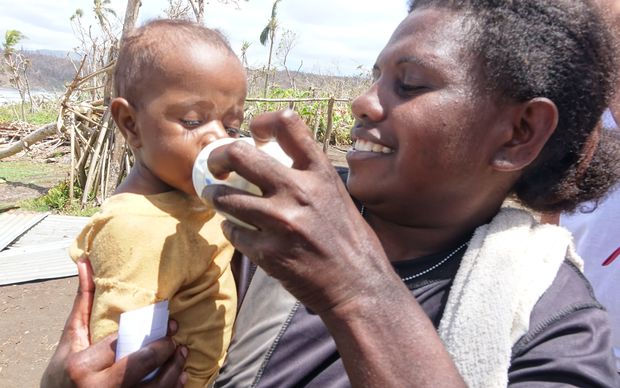