A French blogger, Franck Theriaux, says he has been summoned to appear in the criminal court in New Caledonia next month for allegedly defaming a local politician and a businessman.

The two, Gregoire Bernut and Didier Leroux, want 23,000 US dollars in compensation and costs over an article on the Caledosphere site, which linked the two men's activities. 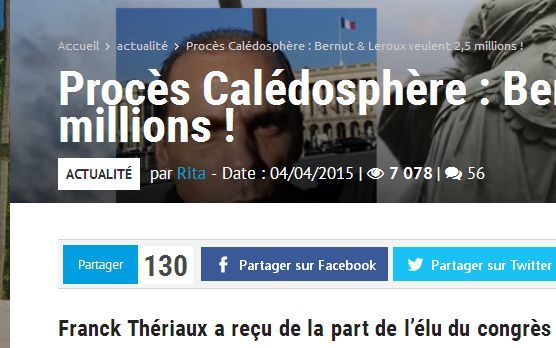 The blog pointed out that Mr Bernut is both a legislator and a person being employed by Mr Leroux, who has vast business interests, including in the pharmaceutical sector.

The blog further noted that Mr Bernut voted against a company tax hike in the territory's Congress.

The two men's lawyer say the blogger suggests that Mr Leroux corrupted Mr Bernut and that Mr Bernut accepted to be corrupted.