A tsunami warning has been issued after an earthquake near New Ireland in Papua New Guinea. 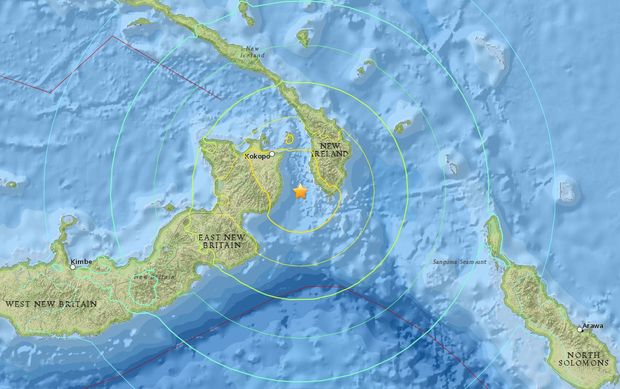 The Pacific Tsunami Warning Centre in Hawaii said waves of up to three metres were possible in parts of Papua New Guinea.

Read the latest message from the Pacific Tsunami Warning Centre

The 7.6 magnitude quake struck late this morning (PNG time) at a depth of about 33 kilometres. The epicentre of the quake was near the town of Rabaul.

The centre said waves of less than 0.3m could also occur across much of the western Pacific.

It said the waves could vary from the forecast, due to uncertainties in the forecast and local features, and the wave height on atolls was likely to be much smaller than the forecast indicates.

The acting director of the National Disaster Office in Papua New Guinea, Martin Mose, said there had been no reports of any damage.

"We haven't received any report of impact from that earthquake, although a tsunami warning has been put up, but apparently there has not been any impact up to now."

He said an earthquake of that magnitude did have the capacity to generate a tsunami.

"But, up to now, we have not received any [reports of] impact so I would assume that there was not any significant impact at all.

"But we are still working closely with the Rabaul Vulcanological Observatory just to give us any recording, if there was any impact at all, together with the Geophysical Observatory on that."

Based on current info, initial assessment is 7.6M quake near Papua New Guinea unlikely to have caused a tsunami that poses a threat to NZ 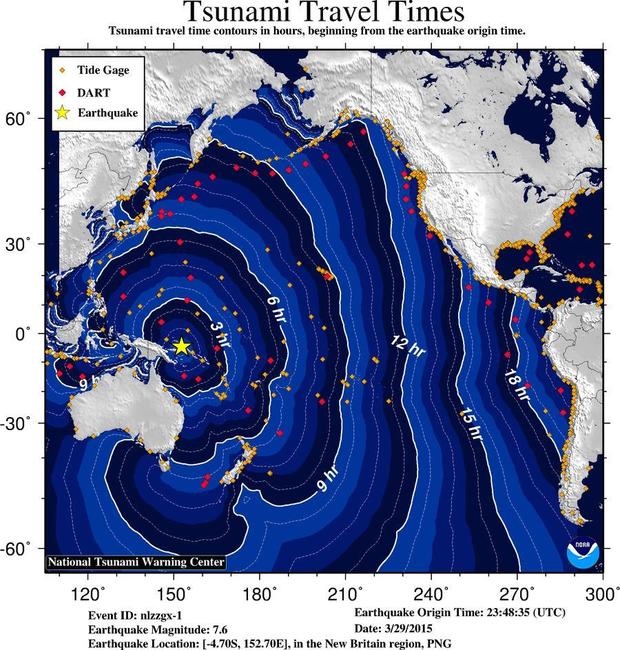