A former prime minister of Australia Malcolm Fraser has hit out at the current asylum seeker policy of offshore detention on Papua New Guinea and Nauru, saying the past two governments have chosen a policy they know will harm people. 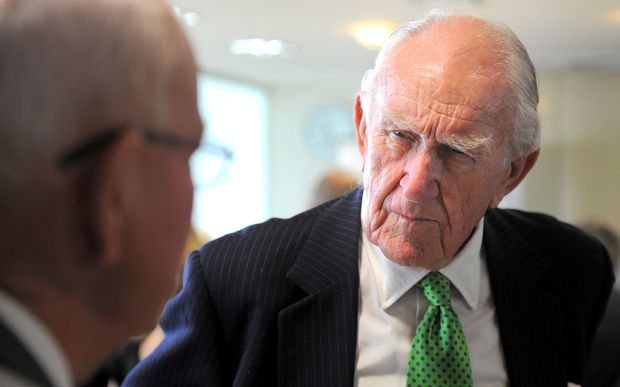 Malcolm Fraser was Liberal Party Prime Minister in the 1970s when a flood of asylum seekers from the Vietnam War sought refuge in Australia.

He told Dateline Pacific that if Canberra had instead worked with regional neighbours and the United Nations to process people in offshore centres in Malaysia or Indonesia, there would be no need to stop the boats.

"If you had established and won Indonesia's cooperation for a major UNHCR run processing centre in Indonesia, and then if they're refugees they're flown to Australia, people don't drown at sea and there is no market for people smugglers because there's a proper orthodox way of doing it."

Malcolm Fraser said there was a decent and proven way of achieving a much better result.

Read the full transcript of the interview with Dateline Pacific

MALCOLM FRASER: We had to stop people going on a long boat voyage really from Indo-China, through the Indonesian islands to Australia. A lot of people believing in very unsafe boats and river boats. The first landfall was Malaysia and the obvious thing for us to do was try and work with Malaysia and UNHCR to establish a processing centre there and then people accepted as refugees would be flown to Australia. We took many, many tens of thousands and many went to America and many went to Canada. Malaysia was a little concerned that they would be left with a very large problem that they couldn't handle and it was our commitment to take a significant number that won their cooperation. Now if you applied that situation to the last three or four years, and any criticism of this applies equally to the government and to their current Labour opposites, if you had established and won Indonesia's cooperation for a major UNHCR-run processing centre in Indonesia and if at the same time you had said look we are going to take a lot of people from that centre. Genuine refugees. We'll take 4,000-6,000 a year and if they're refugees they're flown to Australia, people don't drown at sea, there's no market for people smugglers because there's a proper orthodox way of doing it. Now, the great lie that the current government is continuing to pursue is that they've stopped the boats, they've stopped people drowning at sea and what happens at Manus Island and Nauru is a small price to pay. That's a nonsense because they chose the most inhumane way of stopping the boats. They could have stopped the boats by following the example we set in relation to Indo-China. Process people in Indonesia and then if they are proper refugees under strict standards then they are flown to Australia or to some other final destination. So when the Prime Minister says he has saved lives at sea. In one sense that's true but he has saved lives at sea by leaving people in danger and in the most inhumane and really absolutely terrible and abhorrent set of policies.

JAMIE TAHANA: So the option was there for establishing the centres in Indonesia and Malaysia and you're suggesting this wasn't opted for they went for the inhumane approach to act as a deterrent.

MF: Yes, yes and what people forget is that nobody is going to go to a foreign country where the language is different and customs are different and it might be difficult to fit in initially unless they are under extreme pressure. Our whole history on this particular matter has been a wretched one. We used to have a good and generous reputation world-wide. I think now we are probably the most derided country amongst all western nations on the question of how we treat refugees.

JT: Do you foresee any change happening? When this similar thing was tried in the early 2000s it ended up shutting dowen and most of the asylum seekers ended up in Australia anyway? Do you see a change happening anytime soon or will international pressure buckle down on the current government...

MF: Well I don't know that the current government is going to last all that long. There was the challenge to Mr Abbott earlier this week. He said he's going to reform his ways, change his ways. But he's made it perfectly plain that he has not changed his ways, reformed his ways, and he can't, because that's the sort of person he is. There's a very large drop for some principled people to bring Australia back to a humane and decent policy.

JT: It's not just the current Abbot government though is it?

MF: Yeah, the opposition's policy is very similar, and it all began over Tampa which was also made bipartisan because Kim Beazley at the time, supported it, he would not fight for what he knew to be just, he supported the Howard government in... you'll remember the children overboard incidents, and Tampa was a name that resonated around the world. Since then, Labour and Liberal have competed to see who can behave worse, create the greatest deterrent, if you like, impose the greatest brutality on some of the most vulnerable people on this earth.

JT: And yesterday the Human Rights Commission released its Forgotten Children report on asylum seeker children in mainland and offshore detention, found a third of them developed mental illness; many reported assault and stuff, and yet the government seems undeterred by this...

MF: It's answer to this has been to attack the commission and especially the chairperson. I know the chairperson - she's a tremendous lawyer, a very good person, resolute, steadfast. And to be attacked as she was by the Prime Minister is really terrible. The report was not partisan. It criticised actions by both governments. Both governments are responsible for what's happened on Nauru and Manus Island. And they carry the blame equally. Now, Abbott's chosen to respond to this not by saying right we're going to get those kids out of detention as soon as we possibly can but by attacking the Commission and getting some of his people, the more right-wing people in the Liberal party, even to talk of abolition of the Commission which would be taking Australia further back into the dark ages.

JT: Peter Dutton, the Immigration Minister, however says many of the report's recommendations are now confined to historic reference, and that things are changing at the centre...

MF: I think that Peter Dutton is just being loyal to his Prime Minister. If he believes it, well, he believes it. But people who are concerned about the kids wouldn't believe it.