Fiji enacted revenge on Australia to finish top of their group at the Wellington Sevens last night. 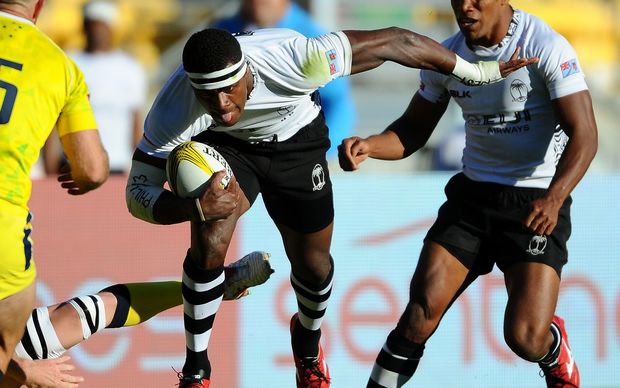 New Zealand were the only other unbeaten team on day one, while Samoa's horror run of form continued.

Fiji started slowly against Portugal and Wales but dominated their final group match against Australia, who had knocked them out of the past two tournaments.

Head coach Ben Ryan says the 14-7 margin should have been bigger but was satisfied with their overall performance, which sets up a Cup quarter final against England.

Samoa missed out on the Cup playoffs for the third tournament running.

The Manu lost to Scotland first-up and scraped a draw against Argentina at the death before ill-discipline cost them in their final pool match against Kenya.

Playing in Wellington for the first time in four years, Papua New Guinea managed a solitary try all day, in heavy defeats by England, New Zealand and Canada.

Samoa are first up this afternoon against France in the bowl quarter finals, followed by PNG against Wales.

Meanwhile the Fijiana open the Brazilian round of Women's World Series in the early hours of tomorrow morning.

Fiji play China in the first match of the day in Sao Paulo, before taking on the host nation and Australia in their remaining pool matches.

Fiji finished sixth in the opening round of the series in Dubai. 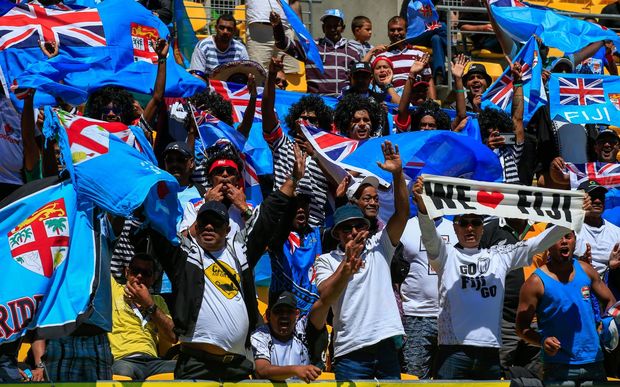 Fiji fans. Day one of the HSBC Sevens. Photo: PHOTOSPORT