About 4,000 people have attended a march in New Caledonia to remember the 17 people killed in last week's attacks in Paris centred on the satirical weekly Charlie Hebdo. 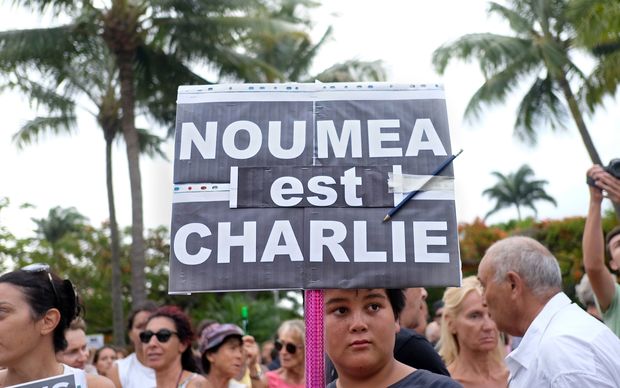 The crowd marched from Noumea's port area to the city's main square, echoing the French call for marches to show unity.

Among those joining were an official representing the French High Commissioner and the mayor of Noumea, Sonia Lagarde.

At 6pm there was a minute of silence in response to a call by the president of New Caledonia Human Rights League, Elie Poigoune.

He said he was proud that New Caledonia showed its solidarity and compassion towards the 17 families who have become victims of terrorism.

Last week, there was a spontansous large rally in Noumea when news broke of the fatal shooting in Paris.