Tim Nanai-Williams admits it was a weird feeling playing against his former teammates but says he has no regrets about commiting to Samoan rugby.

The 25 year old Chiefs utility back switched his allegiance from New Zealand in November and made his debut for Samoa at the Dubai and Port Elizabeth Sevens earlier this month.

It was a disappointing fortnight for Samoa, who failed to make the Cup quarter finals at both events.

A New Zealand sevens representative in 2008-09, Nanai-Williams is utilising an loophole in eligibility laws to play for Samoa and will become eligible for the fifteen-a-side team after playing four tournaments on the sevens circuit.

Tim Nanai-Williams says it felt great to pull on the blue jersey.

"I'm totally happy. I think I had to literally get on the field just to make it come true and just really felt like a dream and especially playing against my old team - against the sevens boys, [New Zealand captain] DJ [Forbes] and stuff like that. It was weird at first but I think I just had to get on the field. I was quite emotional, to be honest, but it's a decision that I'm happy with, me and my family are happy with".

Tim Nanai-Williams will play for Samoa at the Wellington Sevens in February and says he's likely to complete his commitments in Edinburgh in May, when the Chiefs have the bye. 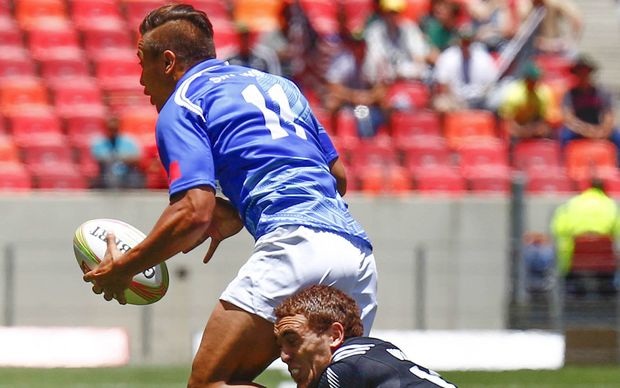