Sharp exchanges in French Polynesia's budget debate have prompted the assembly president to react to unprecedented criticism of the ruling party's policies. 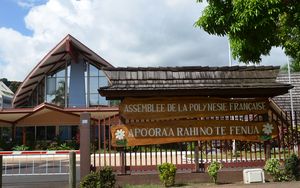 Marcel Tuihani had to briefly relinquish his seat to be able to address the assembly, accusing the anti-independence opposition of delivering a low blow by being disrespectful and unworthy.

The ruling Tahoeraa Huiraatira has been split over last month's assembly decision to ask France for compensation for the nuclear weapons tests. Teva Rohfritsch of the Atia Porinetia Party accused it of hypocrisy in now seeking a billion US dollars compensation after decades of waste and deceipt while supporting the nuclear tests. Without naming the disgraced president Gaston Flosse, he asked who bore responsibility for the huge waste in recent times and the chaotic policies that give no development, have left agriculture and tourism in crisis while foreign fleets clean out the ocean. The Tahoeraa has issued a statement, saying Mr Rohfritsch's diatribe was fuelled by bitterness and bile for not having been made a minister.