The signing brings the Tokelau Arrangement into effect ahead of the 11th meeting of the Western and Central Pacific Fisheries Commission which begins in Apia today.

The document is seen as a call from Pacific island states to distant water fishing nations which fish in the Exclusive Economic Zones of the Pacific that they expect action to reduce the fishing of species that are in decline. 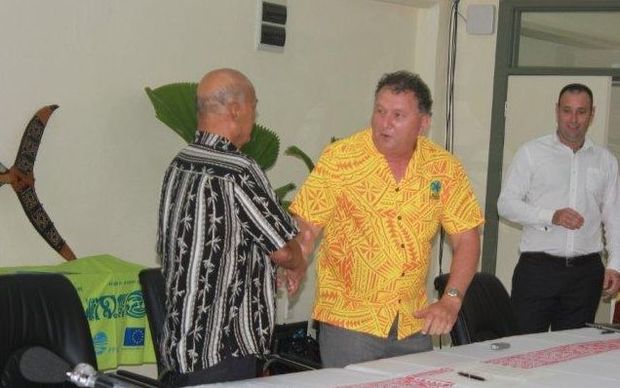 The leader or Ulu of Tokelau, Kuresa Nasau, says as a group the Pacific islands have the power to restore alabacore stocks to a level where they can once more support profitable and sustainable fisheries.

"A healthy fishery contributes to a healthy economy but it also requires a healthy stock. Right now albacore is being fished according to an objective that only supports over capitalised foreign fishing fleets particularly on the high seas."

The Ulu says the signing of the arrangement is the first time there has been a formal agreement between Pacific island states on the management of the albacore fishery.

The current catch rate for albacore is expected to lead to a l6% reduction in stocks by 2030.

Kuresa Nasau says if the Tuna Commission agrees, the Tokelau Arrangement will establish countries' rights to decide how their EEZs should be fished and by whom.

He has invited American Samoa, French Polynesia and New Caledonia to associate themselves with the Arrangement.