Three former executives of Fiji's post service have been jailed by the High Court in Suva, following their guilty convictions last week. 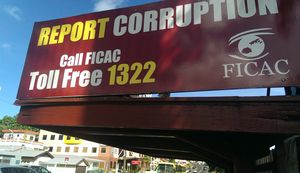 FBC News has reported the former Managing Director, Peni Mau, was found guilty of extortion and has been jailed for nine months.

The then General Manager, Dhirendra Pratap, was found guilty of giving false information to public officers and has been jailed for six months.

The former chairman, 74-year-old Mahendra Motibhai Patel, who was tried in absentia, was found guilty of abuse of office and has been jailed for one year.

The court found that the three men conspired to pay Mau over $50,000 US dollars on his resignation in 2007 as well as over $12,000 US dollars in gratuity, without consulting the Post Fiji board.

False records were shown to government auditors who scrutinised the company's finances.

Patel served a previous sentence for one year, in 2011, after he was found guilty of purchasing a 50,000-dollar clock for Post Fiji, from a store he owns.

He is also the owner of the Fiji Times.