French Polynesia is a step closer to establishing a land tribunal after talks in Paris between its Lands Minister and the French Overseas Minister. 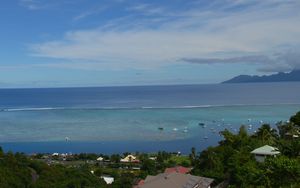 No date has been given for when the body will be set up but it is likely to be funded by France.

The publisher of the Tahiti Pacifique monthly, Alex Du Prel, says land ownership issues in the territory are historical and complex.

He says if the new land tribunal does go ahead the constitution needs to be adjusted.

"So our Minister went to Paris and talked to the lady who is in charge of French justice. She said 'yes' she 'might be favourable'. The problem is that all the laws that have to do with justice that apply in French Polynesia, are French laws. So they would have to go through a modification of the Constitution and so on."

The publisher of the Tahiti Pacifique monthly, Alex Du Prel.